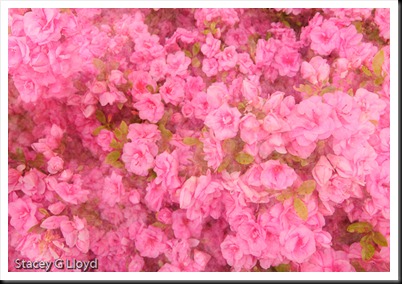 I haven’t had much time to write lately, but here is a overlay shot of Azalea blooms. It was taken in my yard of a bush that bloomed better this year then ever before.  I wanted to capture it in a way that conveyed the profusion of blooms. This overlay consists of two shots. The first, a 9 multiple exposure moving the camera around to fill all the frame. The second shot is a straight shot filled with blooms. I then blended the two to taste in camera using Nikon’s “Overlay”.

Update: I decided it might be useful if I added the two source images that were blended. One reason to blend these two images is to fill the black holes you get with rhodies and azaleas. 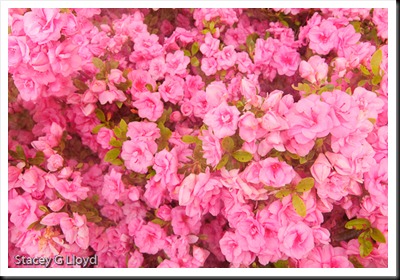 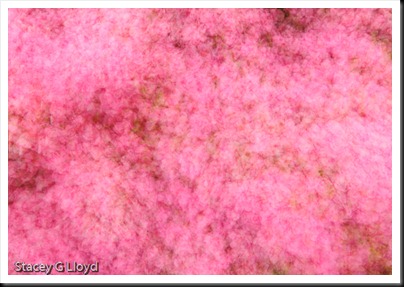