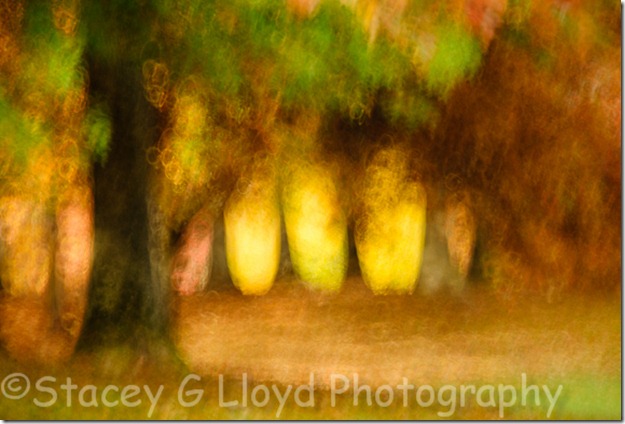 This fall, I have continued experimenting with different camera “painting” motions. In this blog I have included four different camera motions applied to the same scene. The compositions vary slightly, but this should give you an idea of the different looks that can be achieved by moving the camera with a slow shutter speed. The lead blog image was shot moving the camera in a tight circular motion – 1/3sec at f20.

As with any good image, you still need to take into account the lighting, composition and tonality of the scene. In the series of images shown here, it was just past noon with a mostly cloudy sky resulting in inter-dispersed sun breaks. This can often result in too much contrast, but with camera motion a lot of blending takes place – reducing the contrast (In fact, you will probably need to add back some of the contrast during post processing). The composition takes advantage of the trees in the foreground to create depth and some framing. The gently sloping terrain adds a nice element as well. The colors were terrific as you can see. 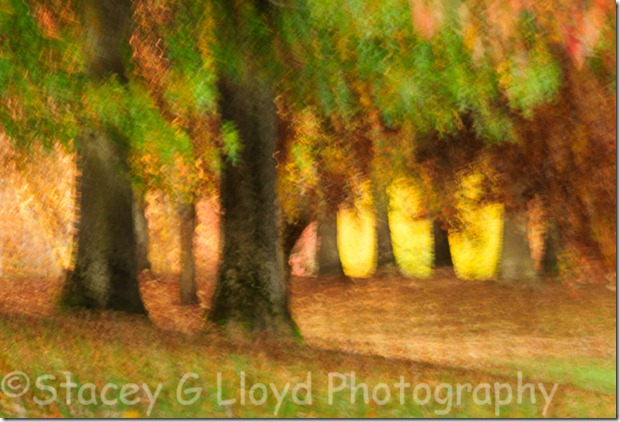 The image above was created with a shaky camera motion as I moved the camera vertically with a slight left to right motion to add a little bit of a diagonal (1/3 sec f20). 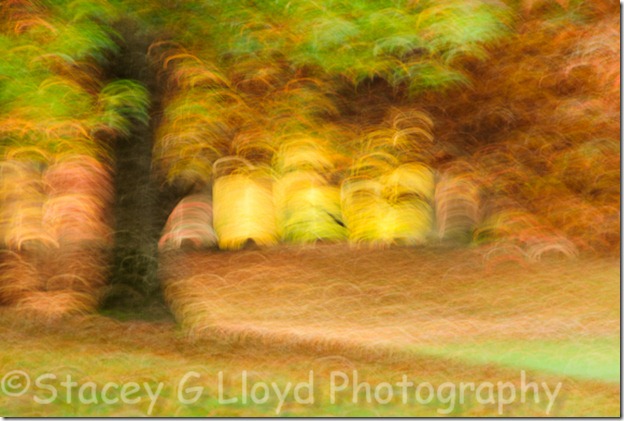 This image above was captured with a large circular motion. This results in arcs with the slightly shorter shutter speed used for this image (1/8 sec at f20). Notice that bright areas tend to erase the darker ones (the trees missing in the yellow area). You can use this to your advantage in some cases to “erase” undesirable elements in the scene. 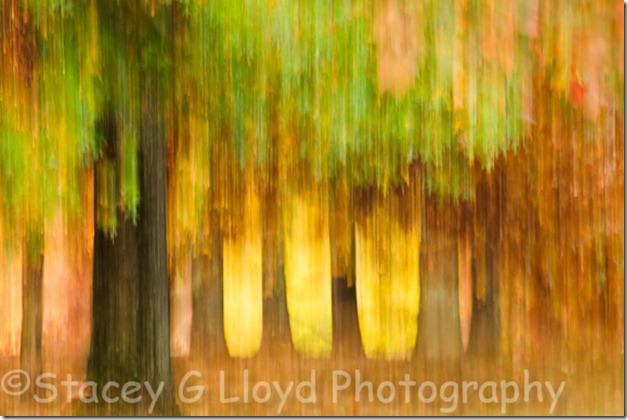 This last image was shot with a simple quick vertical motion (1/8 sec at f10). If you haven’t tried “painting” with your camera before, this is the place to start.

One last note, these images were all taken at a local business park. As I have said in the past, there are great images to be found no matter where you live.