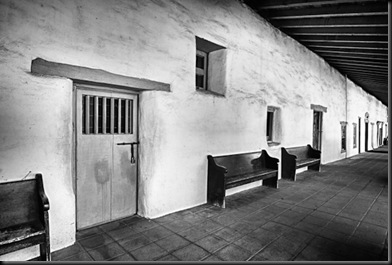 A few weeks ago I revisited the San Juan Bautista Mission. If you are ever around Gilroy, California I recommend you visit the mission – quite a beautiful place. The blog image is just one of many I took. HDR photography is a great way to capture the light in and around the mission. While not always needed especially on a cloudy day, it allows you to get more detail in the shadows and bring out a lot of the wonderful texture that is so prevalent at the mission.

Look Before You Get There 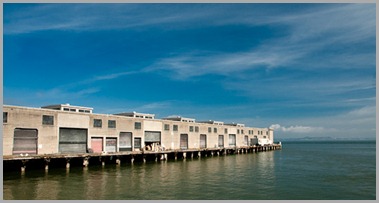 Sometimes when you are headed somewhere for a shoot, you need to keep your eyes open because some of the best images might appear before you get there. Such was the case when I took this blog image a few weeks ago while waiting on a boat to Alcatraz. Not that Alcatraz is not a cool subject, but I really ended up liking this image (I think its that quality of light thing again….).

This isn’t the first time I have had this happen. It is easy to be mentally focused and ready to get “on location” but as always it is good to keep our minds open and see what is right in front of us. 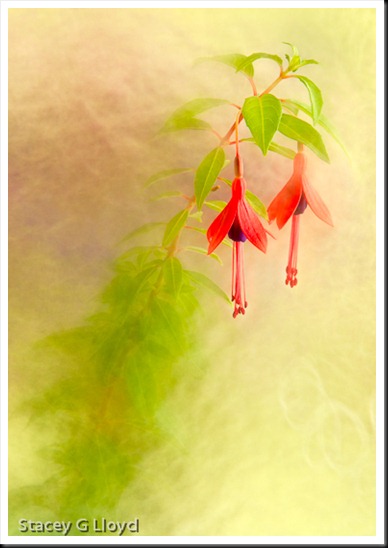 I thought I would share the good news that my first nationally published article on photography will be coming to you via the newsstand on October 18th. It will be included in Shutterbug Magazine’s special issue “Expert Techniques Guide” and is titled “Floral Fusions”. So put that date on your calendar! But if you don’t remember, don’t worry, I am sure I will remind you later!

Now that I am done tooting my own horn, let me give you a little history which might prove useful to those of you looking to get published. First, one of the reasons I started writing this blog three years ago was to start honing my writing skills, so that really was the first step. In some respects, my first draft was posted as a blog entry a year or so ago.

Second, I had to search for possible publishers. Finding out where to submit an article idea isn’t always easy (still haven’t found where to propose articles for some national magazines). I searched online, in the magazines themselves and in the “Photographer’s Market”.

Third, I learned that editors generally only want you to submit a few small images and the proposal for the article – not the article itself. They also want you to provide examples of your writing (this blog served that purpose).  I first proposed this article via email to Shutterbug’s editor last fall. While the editor liked the images, the proposal and my blog, he felt they would be better for a spring edition of the magazine and suggested I resubmit it in February. I did that and he quickly accepted the article proposal. But that doesn’t mean your article will be published.

Fourth, I received minimal guidance on the article itself: less than 500 words for the main body; captions for the images didn’t count against that. Believing that it was best to strike while the iron is hot (what does that mean anyway?) I decided to sit down and write the article that weekend. Keeping it under 500 words was the real trick. I learned to take advantage of the caption text to get in all the necessary information. Creating the captions, selecting the final images and creating illustrations took as long or longer as the article itself. My wife served as my initial editor as she often does for this blog.

Fifth, I submitted the article that Monday as a MS Word document and a Photoshop proof sheet of the images as requested. It only took a week in my case to get a response – made my day.

Sixth, there are the contracts to be signed. Once accepted you need to do the paperwork. This will involve the terms of payment, usage rights, etc. Terms of payment in this case are based on the amount of page area that will be filled by the article – so many dollars for a half page, so much for a full page, etc. Rights can cover not only the printing of the article, but magazine advertising use of the article, website usage, etc. Once the paperwork is done though, this can set you up for future articles.

Finally there is the scheduling of the article. Once your article is accepted, it may be a while before it is actually scheduled for print. One reason my article was delayed to Fall were test reports. When test reports come in at a magazine such as Shutterbug, they trump other articles due to their short shelf life.

In the end, if everything goes well, you will have the satisfaction of seeing your article and images in print, plus a few extra dollars in your pocket.

Now onto writing the next article…

While browsing several galleries in Mendocino and Fort Bragg, California this past weekend, I was reminded of the fact that creating great images involves hard work. I have gone into many small galleries over the years and noticed that many of the photographic images are often not that strong or well executed. In talking with the gallery owners many will tell me that “photographs” just don’t sell that well – that is understandable given the all too often anemic work.

Now you may think I am being judgmental or harsh. Who I am to make such judgments? Well, I am just a guy who has seen a lot and can tell the difference. You can tell when a photographer has made the effort to get out there and catch that exceptional light that makes an image sing: one who gets up early, stays well after sunset, a photographer who knows how to create strong compositions, edit down their images and create tonally rich prints.

I had the pleasure of seeing the work of one such young (30ish) photographer while in Mendocino, Jon Klein. His images far out shone the rest in the galleries in that area. Clearly he has spent the time to learn the craft. Sometimes we make the mistake of thinking photography is easy, anyone can do it. While anyone can take pictures, it takes much more to create great images.

Take a look at some of John’s work at Jon Klein Photography. I rarely buy other photographers work, but I did buy one of Jon’s (the blog image) and it was tough to choose. I was also fortunate enough to get to meet Jon while at the gallery. He is a nice guy, making a living off of his work – and I mean work.

Don’t take me wrong, working hard at what you love isn’t all that hard. 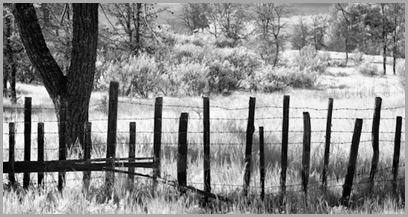 As spring has sprung with its fresh bright and vibrant greens it is time to get out those IR filters and IR cameras. Now that may not be the first thing you think of with spring coming on, but the rich greens of spring do provide great material for those of you who love IR photography. The images here were captured with my Nikon D70 that I had converted to IR last year. Both images were processed using SilverEfx Pro for the B&W conversion. 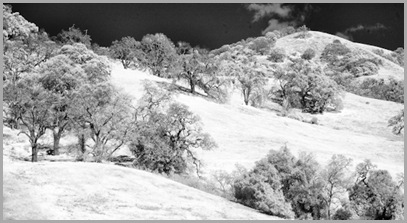 I have repeated the first image at the end of the blog where I have added an IR glow using the Glamour Glow filter in Nik’s ColorEfx Pro software package. This glow is more typical of the IR films used previously. 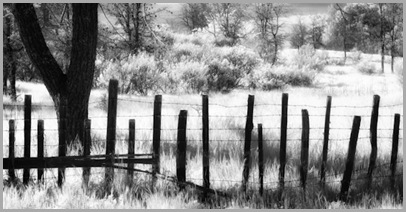 If you haven’t tried out IR photography the lower cost way to try it out is using an IR filter. It is more difficult to use (can’t see through the lens once the filter is on) but it will only cost you $80-100 for a good filter. The filter will require very long exposures (tripod required) because the camera’s sensor has an IR blocking filter still in place.

A converted camera is much easier to use, but cost you $250-350 depending on the camera and conversion house. With the camera conversion you can see what are shooting through the lens and the exposures time are much shorter (closer to “normal”).