Another Day Another Pier 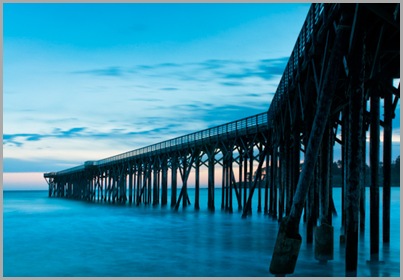 It often seems to be the case when you are at the ocean that a cloud layer comes in from the west just before sunset. That was the case when I went out to shoot near Cambria, California. An hour before sunset the clouds rolled in and there went the nice warm glow on the cliffs. Instead of hanging it up, I decided to drive back to a pier I had seen earlier. A nice pier jutting off into the ocean near Harmony, CA. I wanted to work more with long exposures (5+ sec) that night and the waves breaking at the base of the pier would work nicely.

As always, when working a subject, you should try different compositions, framing options – vertical and horizontal, abstract parts of the subject, visualize different post processing, etc. I have included just a couple of the images here from that evening shoot.

The first image is a 30 sec exposure which is what gives the water such a mysterious look – large waves really add to this effect. The blue water and sky add to the very soothing yet mysterious image where the pier draws you in. 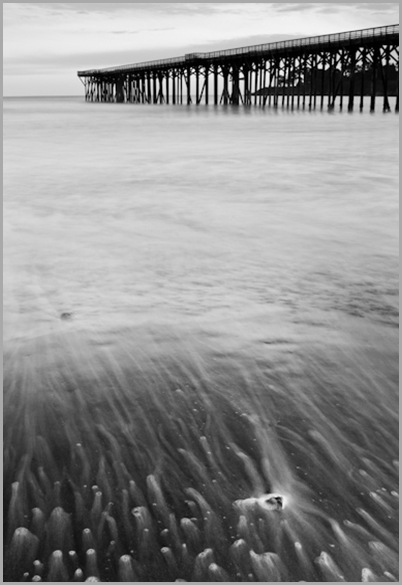 The second image exposure time is less than that of the first, only about 8 seconds. It was timed so that the wave was receding into the ocean, creating lead in lines using the trails from the stones. There was one larger stone that I carefully placed in the frame before the wave came in. 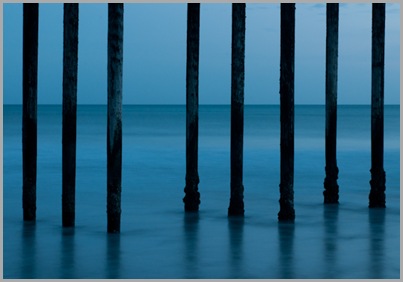 The third image has a simple rhythm. Note that your eye is drawn to the break in the rhythm. The rule of thirds was applied here, not by placing the subject there but the absence of one (negative space). In this case, a 15 sec exposure was sufficient to smooth the water and eliminate strong distracting details in the water. The sky and water were becoming nearly one in tone as the evening came on. 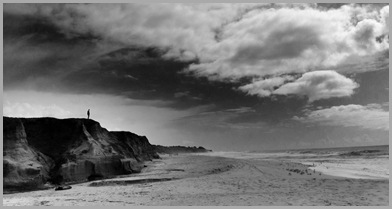 As many of you may have noticed I have been featuring quite a few iPhone images on my blog and Facebook page recently. That is due to the fact the I have not had the time as of late to get out and shoot using my full set of gear – it has truly had to be “Photography Along the Way”. As I have noted many times, it is not the gear you have but the eye behind the gear. One reason I keep shooting with the eye phone is to keep my eye sharp. As with many things, practice is key to honing your skills.

While walking along the beach with my daughter I looked up and saw this solitary person standing on the ridge. Landscapes with a single standout element like this are great opportunities for a strong image. The sky was dramatic as well. Having my trusty iPhone with me I was able to capture the moment. While I have been able to do this in the past with other point and shoot digital cameras I haven’t been able to process them in the camera to the extent I can with an iPhone. You now have a camera and virtual darkroom with you all the time.

Blog image: iPhone image shot with HDRPro and processed as BW image using Iris app. With an app like HDRPro you can capture such a broad range of light – it really lets you keep those bright clouds in check like you never could before in the middle of the day. 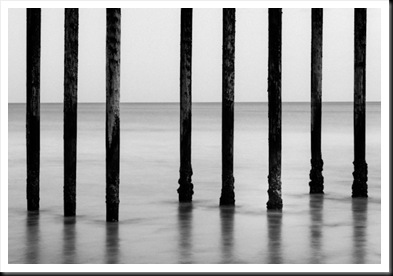 While in Carmel, California this past week, I took the opportunity to visit a couple of Photography galleries downtown: The Weston Gallery and Photography West. I enjoy looking at the work of other photographers and this was the opportunity to see some top notch work. There were images from Ansel Adams, the Westons (father and sons), Michael Kenna, William Neill and other familiar names. It is always humbling when you get to see the work of photographers like these but, at the same time, inspirational.

On this visit I was captivated by Micheal Kenna’s work. His B&W images really resonated with me deep inside. Simple strong compositions, displayed in relatively small 8×8 prints (in a world where most photographers are going big). His style is often minimalist. A style I have always liked. If you haven’t seen his work I would suggest you visit his website and take a look – Michael Kenna.

If you don’t visit galleries, I suggest that you do. It is a good way to expand your visual literacy and inspire yourself to new heights in photography. Maybe you will find a style that really resonates with you.

Blog image: A 15sec exposure under the pier at Harmony, California. I chose this image because I noted that Kenna often used long exposures in creating many of his minimalist images. Long exposures smooth out water and remove the detail. Longer (1 min) may have been even better in this case. 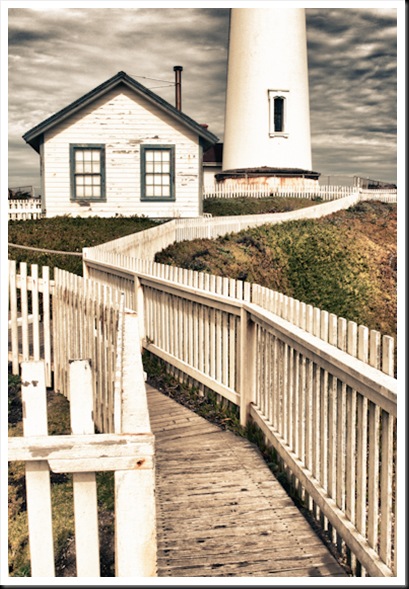 While shooting along the California coast this past weekend, I stopped by the Pigeon Point Lighthouse. It was mid day and I knew I would not be back at sunset or late afternoon. The light was not great but it was better than it had been earlier that day so I decided to capture HDR sets for post processing later.

The first blog image turned out to be one of my favorites. In part, because it only implies the presence of a full lighthouse without showing the full lighthouse. Maybe the top is missing – you don’t know. In general the viewers mind will fill in the missing piece (a type of auto-completion). This concept is something to keep in mind when composing your images and deciding what to include in the frame. Do you need to show everything or is only a piece needed? The fence and walkway provide a nice S-curve back into the picture where you are left with the mystery. Using leading lines of various shapes add nicely to a composition. 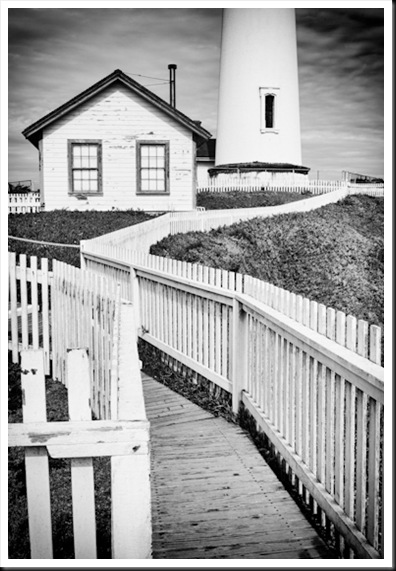 As with some images, I found that I could process them for different looks that were all pleasing to me. I have shared a couple here for your viewing. Feedback on which approach you like better is welcome.

What is a Camera 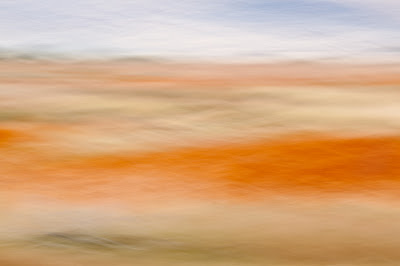 Recently I was reading an article by Mark Lissick  in Outdoor Photographer. He asked a very important question – What is a camera? How would you answer? The typical answers are “a device that records an image or an object that captures light”. As Mark points out, how you view your camera can limit how you use it – does it just capture or record? As I thought about it, I realized my view of my camera has evolved over time. In the beginning I probably thought of it in the classical terms above (especially with my engineering background). However, at some point for me it became a tool or perhaps a canvas where I could paint most any image that I could imagine. 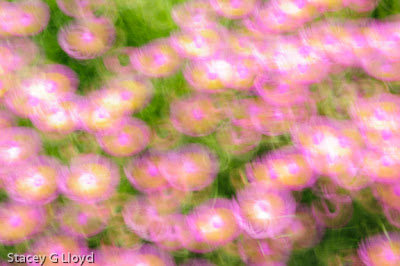 As I learned to use every control and capability of my camera I began to craft images as I visualized them in my head. I could slow down the shutter and paint moments of time on the back or canvas (sensor) of my camera creating brush strokes; I could blur out the backgrounds to create flowers floating in a sea of color; changing the focal length I could create depth. In this creative process the camera is just one of the many tools at your disposal. Reflectors, filters, lights, lens, etc. are additional tools. But as with any tool how well you know its capabilities and possibilities can limit or enhance your ability to create. 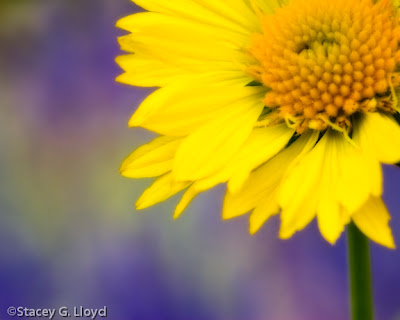 Take the time and get to really know the tools in your hands.

What is your camera for you?