Keeping it Simple – In color or B&W 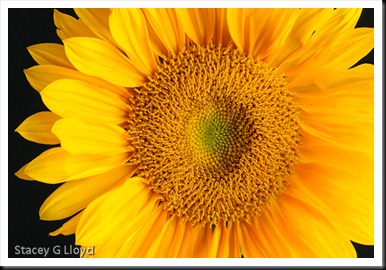 You may have noticed that I like to work (play) with a lot of  different techniques in my photography; both in the capture and post-processing. However there are times when keeping everything simple just seems best. This is one of the reasons I like a lot of William Neill’s images. The blog image is one example of my keeping it simple. I have also included it in Black and White. 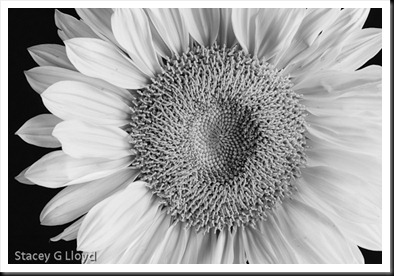 One of the keys to “simple” is simply great light. Another is just simple composition – think simple graphics.

So if you are like me, and like to push the limits, step back now and then and keep it is simple.

Take Along a Friend 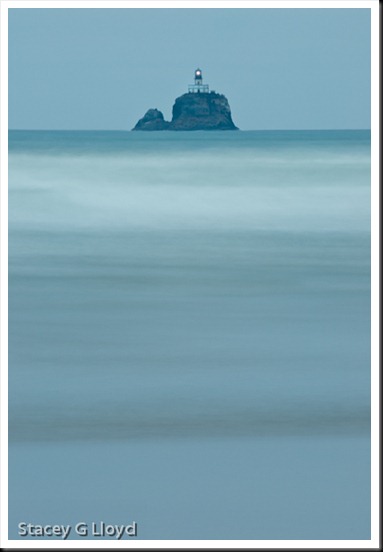 Photographers often shoot alone and I know we may often prefer it that way, but next time you go out consider bringing another photographer along with you. You not only keep each other company, you get so see how someone else sees the same subject in a different way. I think this is one of the appeals of a photography workshop or a photography club, but you don’t have to wait for a workshop or a club outing, just give someone a call, email  or twitter before you head out. I think you will be glad you did. 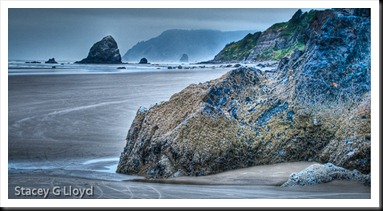 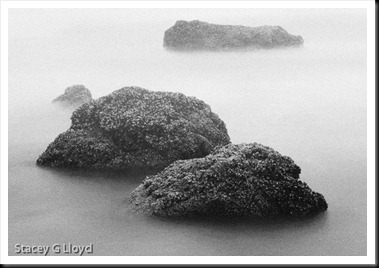 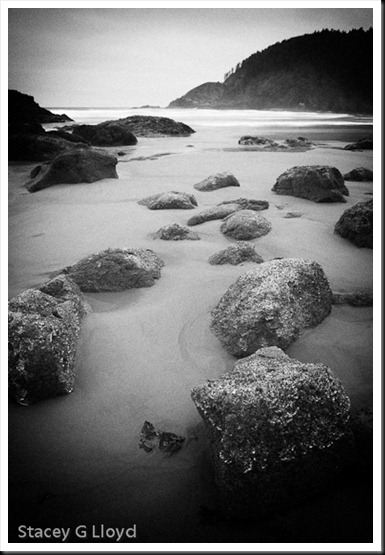 Blog images: Here are a couple images I took on an evening drive out to the coast with a couple friends. The lead blog image is a 15sec exposure taken using a vari-ND to soften the water. The second image is an HDR image taken near dusk. The third image used the vari-ND again with a bit of Nik Soft fog added to create yet more mystery and depth. The final image was created using the “Holga” preset in Nik Soft SilverEfx Pro with some minor adjustments 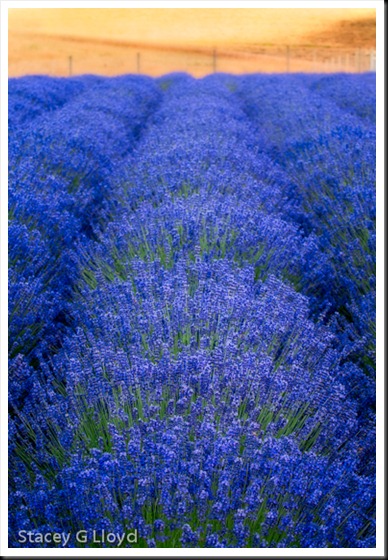 Do you find it hard to resist shooting a subject even when all the conditions are "wrong"? Bright sun, wind, wrong lens, wrong camera, etc. I do. While this can force you to be creative in your handling of the subject and sometimes that works. Most of the time it may just be best  to come back and shoot later when conditions are more favorable. Now I know this may create some arguments, but the reality is we only have so much time and isn’t it better to invest your time when the odds of getting strong images are most favorable. I am not talking about being a fair weather photographer – I personally would view inclement conditions as generally favorable. But there are times like Sunday when the sun was just plain harsh, I accidently forgot one of my camera’s with my mid-range zoon, my wide angle was in the shop and the wind was blowing. Not exactly prime conditions to shoot images of lavender with a macro or long lens. Did I try to shoot? Yes. Should have I, I don’t think it was a good use of my time. I did do some multi-exposures, swipes and long exposures (multiple seconds with my Vari-ND), but nothing really came out strong because the light was just inappropriate for the subject. Was it a good exercise? Maybe. What are you thoughts on this? Are you driven to shoot when you know it probably won’t be worthwhile? 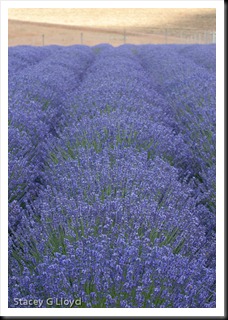 Blog image: I did try to shoot some classic lavender images with my long lens. A cloud did pass over now and then so I waited for one, upped the ISO and waited for lulls in the wind. The image was still very flat and unsaturated (RAW image on left). In post processing I adjusted the white balance, added saturation, contrast and then applied the Orton filter effect which is good on low contrast images.

A Different Texture Overlay – How To 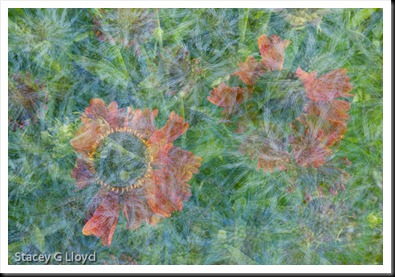 You may have noticed a lot images using texture overlays as of late. You take two images overlay them and blended them together – a nicely textured rock overlaid and with a flower for example. But if you go back to the writings of Freeman Patterson, he discovered that you could create textured images using multiple exposures where you mix  images of different subjects along the way. This is probably best explained through an example – like the opening blog image.

Two types of flowers have been combined via multiple exposures to create the blog image. A total of seven exposures went into this image. As in the past, this has all been done in camera (a Nikon feature, but you can recreate this using layers in Photoshop). 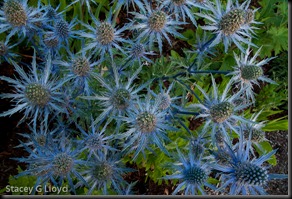 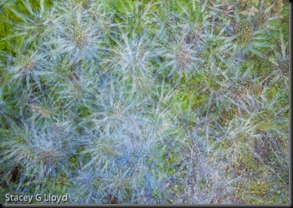 left. The five images combine  into a background image that  looks something like the next image. Note that you can create texture images like this 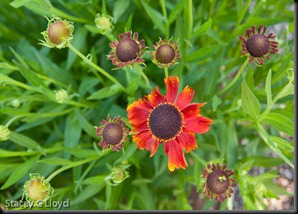 and use it to blend with other  images you may already have.

Second,  two additional exposures were take of the Helen’s flower shown here. Note that you may need to up the EV +1 for these last two exposures to bring them out a bit more. 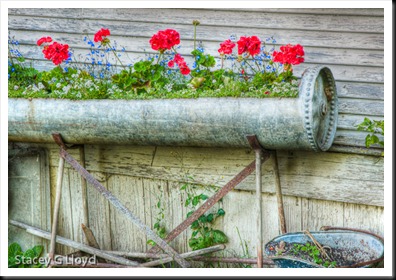 Two blogs ago I talked about the need now and then to stop and clean up your image library or archive. Here are some additional suggestions on deciding which images to keep or reject:

Here are some other questions I ask myself.