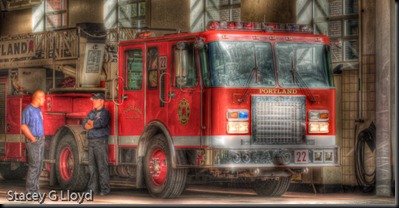 As I have written in some of my earlier blogs, one of the great things about doing photography is the people we meet. A couple days ago I went on a photography club shoot in the St John’s area of Portland. Being out fairly early on a weekend morning I had the opportunity to meet with the local police and fire department personnel – all very nice people. The guys at Station 22 offered to pose for this picture. I had them hold still  for this multi-shot HDR image. Their presence gives the image a nice touch. Thanks guys! Hope you catch this blog entry. I told you the image would be a bit different. If I am out your way down the line I’ll try to bring you a print.

Earlier that morning I met a local police officer as I was shooting the old police station. He used to work there and missed the old place. It made him a bit sentimental so he said he had to suck it up before he got back on patrol;-) It is a great old building. 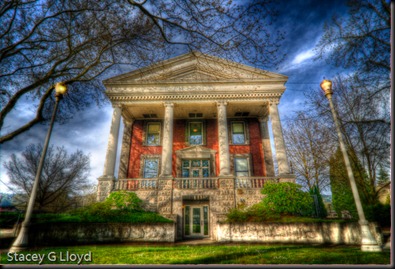