Fog in the Forrest 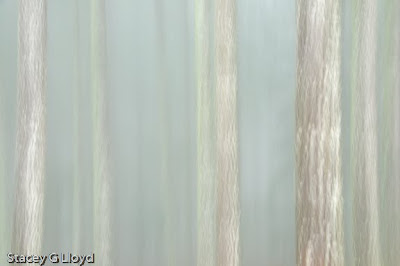 I had time on the weekend to visit a couple locations for shooting. One was a state park forest that I wanted hoped to catch in the fog. I had been there in the fall when a light fog was present and had wanted to get back on another foggy day. I was not disappointed. There was a nice moderately dense fog mixed in with the tall fir trees. At the base of some trees were bare vine maples with patches of moss hanging here and there. It was quite magical. Not sure I captured the magic, but I have included a small gallery of the images from that shoot (just click on the blog image).

A couple of reminders about photographing fog:

1) You will generally want to adjust your exposure to +1 to +1.5 EVs to keep your fog more on the lighter side (unless you want a dark moody look). It is like shooting snow, it can end up more gray than white if you aren’t careful

2) Finding the color in the fog (reflected from grass, water, sky, sunrise, etc) or adding some with a filter (on camera or in post-processing) is usually a good idea. You can also bring out existing color during the post processing.

3) Fog images are typically lower contrast than you might want so adding some contrast during post processing is usually necessary to get what you thought you saw .

Blog image: This is a forest fog impression created using a vertical camera swipe. I added contrast and brought out the color using Photoshop curves and Nik’s ColorEfxPro Color Contrast filter. I just love the natural colors in the fog and trees.